DUBLIN & LONDON--(뉴스와이어) 2022년 07월 12일 -- In a rare securities law u-turn in the United States, the Texas State Securities Board has dismissed its own case against the Whiskey & Wealth Club.

The Securities Commissioner delivered a landmark decision on July 7th 2022, withdrawing all of its seven unfounded accusations against one of the world’s leading cask whisk(e)y wholesalers.

The closely-watched legal dispute comes after the Texas Securities Commissioner Travis J. Iles delivered a media release, along with a cease and desist order on November 2nd 2021, accusing Whiskey & Wealth of engaging in fraud by selling unregistered securities in the USA.

The ruling now confirms that Whiskey & Wealth does not engage in securities investment or trading under US law, meaning that it is like buying collectibles such as art, a watch or a car.

The final resolution rightfully abandons - in their entirety - all of the allegations that the Whiskey & Wealth Club was operating a securities offering in violation of U.S. securities laws. Such dismissals are exceedingly rare and only afforded where clearly warranted. The fact Whiskey & Wealth Club obtained the dismissal is a testament to what it has said all along: the allegations were clearly flawed.

Before any evidence was presented, the Securities Board had bizarrely claimed that Whiskey & Wealth Club was “engaging in fraud in connection with the offer for sale of securities” which threatened to do the public “irreparable harm” - statements they have now totally withdrawn.

Commenting on the dismissal, Whiskey & Wealth co-founder Mr. Jay Bradley said the decision now paves the way for a highly regulated business model to flourish in the United States, where sales of Irish whiskey - the fastest growing premium spirit in the world - are forecast to overtake Scotch by 2030.

“This is a hugely important victory for Whiskey & Wealth Club in a case that has been hanging over our business for 8 months and which cost a significant amount of money in legal fees, drained resources, defamed our company, yet now paves the way for our cask wholesale business to prosper in the United States and around the world,” Mr. Bradley said.

“The Securities Board shot from the hip and asked questions later in what was an ill-advised solo run. The Board has now rectified its mistake and recognised our substantial co-operation with the investigation. The retraction and dismissal of the case is the closest thing to an apology that we are going to get,” he said.

The decision provides a fascinating snapshot of the legal and business framework of cask whiskey investment; covering such aspects as distillery storage, insurance, ownership, and the inner workings of HMRC’s WOWGR regulations - the Warehousekeepers and Owners of Warehoused Goods Regulations.

Both sides are now set to work more closely in relation to one of the world’s best performing asset classes, as prices and demand for Irish whiskey, scotch, bourbon, Japanese, and Australian whisky continue to grow at a double-digit rate.

The legal order states that Whiskey & Wealth Club co-operated fully with the Enforcement Division of the Texas State Securities Board, and provided relevant records and information about its business as requested.

It added: “Respondents, (Whiskey & Wealth Club), set forth certain defences, including that they have not offered or sold securities, they have not acted as dealers, and they have not engaged in wilful violations of the Securities Act. In line with these defences, Respondent has submitted information sufficient to conclude that a dismissal of the Emergency Order is warranted.”

Speaking after the landmark decision, Whiskey & Wealth Club CEO and co-founder Mr. Scott Sciberras said that the emergency cease and desist order, along with apparent trial by media, could have wide-ranging financial and reputational ramifications for any business.

“We believe the U.S. practice of issuing a damaging press release on the same day as a legal order, without seeing or hearing any evidence, even going as far as to accuse a company of fraud - and then retracting all of those allegations 8 months later, could have a disastrous impact on most businesses. This kind of legal and public relations strategy - where a State agency shoots first and asks questions later - is unheard of in Ireland, the UK, or commonwealth countries.

“Fortunately for us, we were able to weather this storm thanks to our incredibly loyal client base and new customers, who were able to see beyond the statements and allegations made by the Texas State Securities Board.”

Mr. Sciberras added: “We have worked closely with the Texas State Securities Board to educate them on the process of wholesale cask whiskey buying and selling, and on how our business model works, and we will continue to work with them in the future.”

The popularity of whisk(e)y investment has soared in recent years, partly fuelled by the popularity of the original master Irish whiskey, which has seen a 140% rise in sales during the past decade. Whisk(e)y casks are seen as ‘wasting assets’ and are not subject to Capital Gains Tax, (CGT). 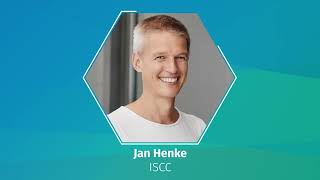 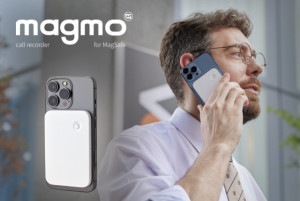