The original Phase 3 HELP Study was conducted in 125 patients aged 12 years and older over 26 weeks, making it the largest randomised, controlled prevention study in HAE, with the longest active treatment duration, to date.[1] The HELP Study OLE was designed to evaluate the long-term safety (primary endpoint) and efficacy of TAKHZYRO for up to 2.5 years and was completed in November 2019. These interim analyses were based on data collected between May 2016 and August 2018 and included 109 rollover patients, who were originally evaluated in the HELP Study, and 103 eligible non-rollover patients who did not participate in the initial study but had experienced at least one HAE attack in 12 weeks. At the time of the interim analyses, patients received treatment for a mean duration of 19.7 months (0-26.1).[2,3,4]

“HAE attacks are unpredictable, often painful and can be debilitating for those living with the disease. These data are exciting as they help us better understand the potential of TAKHZYRO to provide sustained prevention and reduce attack frequency long-term, across a range of patient demographics,” said Donatello Crocetta, M.D., Global Medical Head, Rare Immunology and Metabolic Diseases, Chief Medical Office, Takeda. “The HELP Study OLE analyses add to the evidence that supports TAKHZYRO as a leading option in preventive HAE treatments.”

Lanadelumab is well-tolerated and effective across patient subgroups: findings from the HELP open-label extension study; OAS 21 Recorded scientific content (#1287)
In this interim analysis, treatment with TAKHZYRO 300 mg every two weeks was well-tolerated and effectively reduced attack rates over an extended treatment period across different patient demographic and disease characteristics.[7]

The safety profile of TAKHZYRO was comparable across all subgroups, with treatment-related treatment emergent adverse events (TEAEs) occurring in 50% of patients (n=106) and the most common being mild injection site pain.[7]

Efficacy of lanadelumab is durable over time: Findings from the HELP Study and HELP OLE; OAS 21 Recorded scientific content (#1096)
According to the interim analysis, treatment with TAKHZYRO 300 mg every two weeks demonstrated sustained reductions in HAE attack rates in patients who received treatment for a mean duration of 19.7 months (0-26.1).[6]

Similarly, further numerical reductions were also shown for the number of attacks requiring acute treatment and for the rate of moderate or severe attacks for this group as well as for patients receiving TAKHZYRO 300 mg every four weeks in the HELP Study (n=25).6

Takeda will present the following analyses during the EAACI Digital Congress:

All of the presentations are available throughout the duration of the digital congress via the online scientific programme.

About The HELP Study™ Open-label Extension

The HELP (Hereditary Angioedema Long-term Prophylaxis) Study™ Open-label Extension (OLE) is an evaluation of the long-term efficacy and safety of TAKHZYRO in hereditary angioedema (HAE) patients of at least 12 years of age and older. Two hundred and twelve patients received treatment with TAKHZYRO at the start of the OLE Study (109 rollover patients originally evaluated in the HELP Study and who continued into the OLE, and 103 eligible patients who did not participate in the HELP study but who had experienced at least one attack in 12 weeks). Rollover patients received a dose of 300 mg TAKHZYRO on Day 0 and then every two weeks after their first attack. Non-rollover patients were treated with one 300 mg dose every two weeks, beginning on Day 0. One hundred and ninety-three participants completed at least 12 months of treatment and 27 participants completed at least 24 months of treatment at the time of the interim analyses.[2,3,4]

Hereditary angioedema (HAE) is a rare genetic disorder that results in recurrent attacks of oedema - swelling - in various parts of the body, including the abdomen, face, feet, genitals, hands and throat. The swelling can be debilitating and painful.[8,9,10] Attacks that obstruct the airways can cause asphyxiation and are potentially life threatening.[8,9] HAE affects an estimated 1 in 50,000 people worldwide. It is often under-recognized, under-diagnosed and under-treated.[8,11]

TAKHZYRO treatment should be initiated under the supervision of a physician experienced in the management of patients with hereditary angioedema (HAE). TAKHZYRO may be self-administered or administered by a caregiver only after training on SC injection technique by a healthcare professional.[12]

Hypersensitivity to the active substance or to any of the excipients.

Traceability: In order to improve the traceability of biological medicinal products, the name and the batch number of the administered product should be clearly recorded.

General: TAKHZYRO is not intended for treatment of acute HAE attacks. In case of a breakthrough HAE attack, individualized treatment should be initiated with an approved rescue medication. There are no available clinical data on the use of lanadelumab in HAE patients with normal C1-INH activity.

Interference with coagulation test: Lanadelumab can increase activated partial thromboplastin time (aPTT) due to an interaction of lanadelumab with the aPTT assay. The reagents used in the aPTT laboratory test initiate intrinsic coagulation through the activation of plasma kallikrein in the contact system. Inhibition of plasma kallikrein by lanadelumab can increase aPTT in this assay. None of the increases in aPTT in patients treated with TAKHZYRO were associated with abnormal bleeding adverse events. There were no differences in international normalised ratio (INR) between treatment groups.

Sodium content: This medicinal product contains less than 1 mmol sodium (23 mg) per vial, that is to say essentially ‘sodium-free’.

No dedicated drug-drug interaction studies have been conducted. Based on the characteristics of lanadelumab, no pharmacokinetic interactions with co-administered medicinal products is expected.

Treatment with lanadelumab has been associated with development of treatment emergent anti-drug antibodies (ADA) in 11.9% (10/84) of subjects. All antibody titres were low. The ADA response was transient in 20% (2/10) of ADA positive subjects. 2.4% (2/84) of lanadelumab-treated subjects tested positive for neutralizing antibodies.

The development of ADA including neutralising antibodies against TAKHZYRO did not appear to adversely affect the pharmacokinetic (PK) and pharmacodynamics (PD) profiles or clinical response.

The most commonly observed adverse reaction (52.4%) associated with TAKHZYRO was injection site reactions (ISR) including injection site pain, injection site erythema and injection site bruising. Of these ISRs, 97% were of mild intensity, 90% resolved within 1 day after onset with a median duration of 6 minutes.

Hypersensitivity reaction (mild and moderate pruritus, discomfort and tingling of tongue) was observed (1.2%)

Takeda Pharmaceutical Company Limited (TSE:4502/NYSE:TAK) is a global, values-based, R&D-driven biopharmaceutical leader headquartered in Japan, committed to bringing Better Health and a Brighter Future to patients by translating science into highly-innovative medicines. Takeda focuses its R&D efforts on four therapeutic areas: Oncology, Rare Diseases, Neuroscience, and Gastroenterology (GI). We also make targeted R&D investments in Plasma-Derived Therapies and Vaccines. We are focusing on developing highly innovative medicines that contribute to making a difference in people's lives by advancing the frontier of new treatment options and leveraging our enhanced collaborative R&D engine and capabilities to create a robust, modality-diverse pipeline. Our employees are committed to improving quality of life for patients and to working with our partners in health care in approximately 80 countries. For more information, visit https://www.takeda.com

For the purposes of this notice, “press release” means this document, any oral presentation, any question and answer session and any written or oral material discussed or distributed by Takeda Pharmaceutical Company Limited (“Takeda”) regarding this release. This press release (including any oral briefing and any question-and-answer in connection with it) is not intended to, and does not constitute, represent or form part of any offer, invitation or solicitation of any offer to purchase, otherwise acquire, subscribe for, exchange, sell or otherwise dispose of, any securities or the solicitation of any vote or approval in any jurisdiction. No shares or other securities are being offered to the public by means of this press release. No offering of securities shall be made in the United States except pursuant to registration under the U.S. Securities Act of 1933, as amended, or an exemption therefrom. This press release is being given (together with any further information which may be provided to the recipient) on the condition that it is for use by the recipient for information purposes only (and not for the evaluation of any investment, acquisition, disposal or any other transaction). Any failure to comply with these restrictions may constitute a violation of applicable securities laws.

The companies in which Takeda directly and indirectly owns investments are separate entities. In this press release, “Takeda” is sometimes used for convenience where references are made to Takeda and its subsidiaries in general. Likewise, the words “we”, “us” and “our” are also used to refer to subsidiaries in general or to those who work for them. These expressions are also used where no useful purpose is served by identifying the particular company or companies.

This press release and any materials distributed in connection with this press release may contain forward-looking statements, beliefs or opinions regarding Takeda’s future business, future position and results of operations, including estimates, forecasts, targets and plans for Takeda. Without limitation, forward-looking statements often include words such as “targets”, “plans”, “believes”, “hopes”, “continues”, “expects”, “aims”, “intends”, “ensures”, “will”, “may”, “should”, “would”, “could” “anticipates”, “estimates”, “projects” or similar expressions or the negative thereof. These forward-looking statements are based on assumptions about many important factors, including the following, which could cause actual results to differ materially from those expressed or implied by the forward-looking statements: the economic circumstances surrounding Takeda’s global business, including general economic conditions in Japan and the United States; competitive pressures and developments; changes to applicable laws and regulations; the success of or failure of product development programs; decisions of regulatory authorities and the timing thereof; fluctuations in interest and currency exchange rates; claims or concerns regarding the safety or efficacy of marketed products or product candidates; the impact of health crises, like the novel coronavirus pandemic, on Takeda and its customers and suppliers, including foreign governments in countries in which Takeda operates, or on other facets of its business; the timing and impact of post-merger integration efforts with acquired companies; the ability to divest assets that are not core to Takeda’s operations and the timing of any such divestment(s); and other factors identified in Takeda’s most recent Annual Report on Form 20-F and Takeda’s other reports filed with the U.S. Securities and Exchange Commission, available on Takeda’s website at: https://www.takeda.com/investors/reports/sec-filings/ or at www.sec.gov. Takeda does not undertake to update any of the forward-looking statements contained in this press release or any other forward-looking statements it may make, except as required by law or stock exchange rule. Past performance is not an indicator of future results and the results or statements of Takeda in this press release may not be indicative of, and are not an estimate, forecast, guarantee or projection of Takeda’s future results. 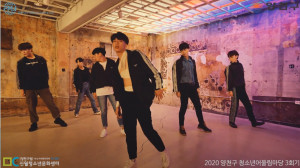